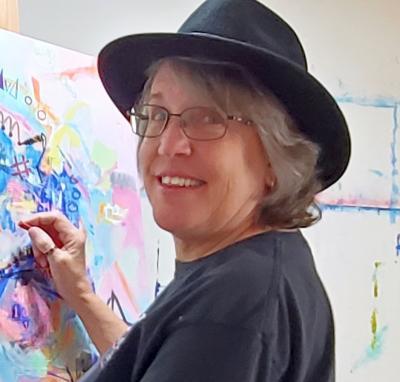 Original abstract art – unlocked by your imagination. Deb Breton is an abstract expressionist artist working in Sonoma County, California. She creates vibrant paintings using acrylics, oils, and collage. Her abstract style leans into paint drips, splash, and mark making – evoking the viewer’s imagination. Her abstract portraiture work, captures the essence of her subjects, in a wholly unique and expressive way. Painting intuitively, she allows the artwork to flow through her and onto the canvas. Breton’s paintings can be found in collections from the U.S. to England, Germany, Switzerland, France, Ireland and more.

“Every gestural mark, brushstroke, and drop of paint is an expression of emotion. And it’s this energy in these paintings that I share with you.” I’m an avid fruit and vegetable gardener, animal lover, birder, cancer survivor and meditation enthusiast. 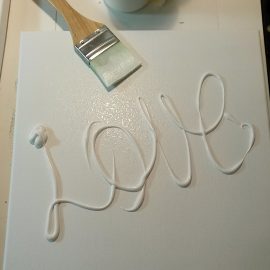 Breton’s artworks have been featured in corporate installations and in private collections all over the world. Notable clients include Warner Bros Studios, Dali Museum and Nestle

“Much of my work is built upon layers and layers of paint, revealing colors beneath, or beside them in a dance between light and dark, color and contrast.”

As as abstract artist, I’m aware of the impact my business has on the environment.
By giving a percentage of my income, and supporting other 1 percent partners, I’m able to “give back” and help our planet.

and a 5 star rating on google

Deb Breton is best known for her colorful abstracts and expressive portrait paintings. Though Breton is a self-taught painter, she credits her earlier career creating with clients like Warner Bros. Studio’s, Nestle and the Dali Museum for giving her structure in design and color.

As more of this work was being performed on the computer, Breton really longed to create with her hands again. So in 2003 she learned to turn, carve and paint wood. This hobby quickly became her profession as her work was appearing in print and being collected globally.

All of that changed

In 2010 Deb’s mom came to live with her under hospice care. So, setting up a studio in the room next to her mom, she began painting.  Just as she had drawn and colored as a kid to help her survive a lung condition (she was told she wasn’t going to see her 16th birthday), she found that painting helped her cope with her mom’s passing.

It turns out, Deb found her “Zen” while painting and has been using her passion to express her zest for life. And it’s THIS energy, imbued in her paintings, that light up a room.

An avid gardener, birder and hiker, she enjoys good food and sunshine. She and her wife of 23 years live amid the rolling hills of beautiful wine country, Sonoma County, California. They have a rescued dachshund, cocker spaniel mix dog named Ziggy, who is kind enough to let The Debs live  with her. 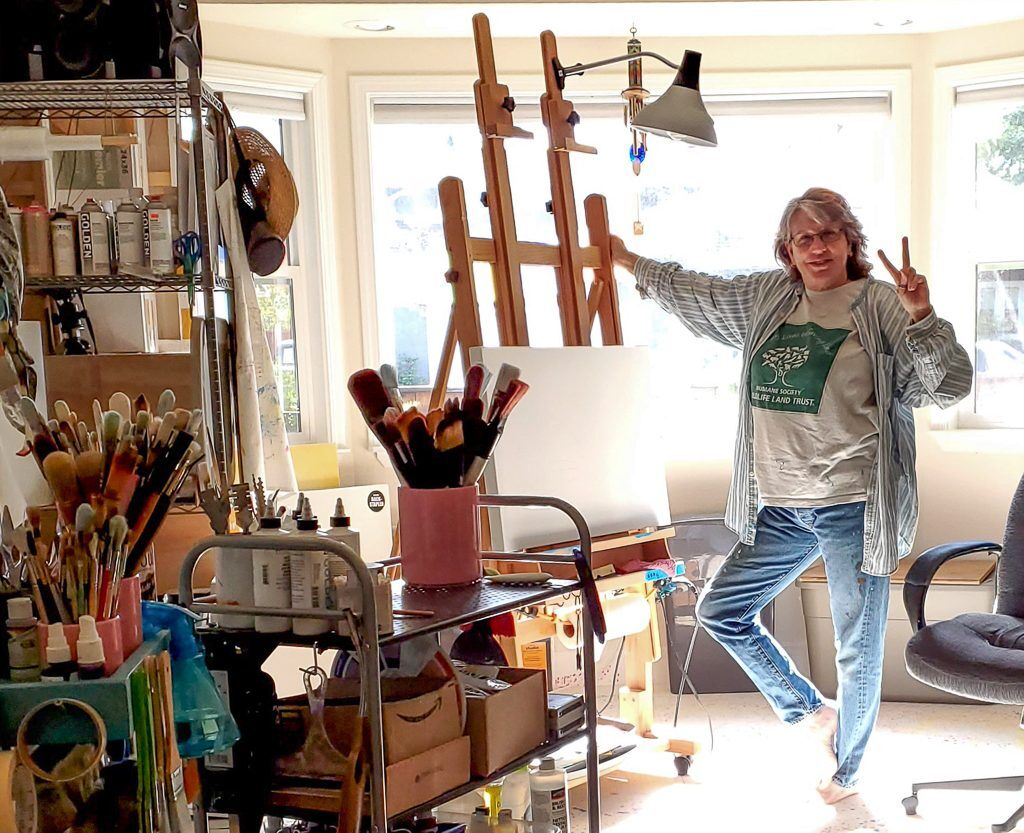 Enjoy free shipping in the U.S., on every painting and art print. Dismiss

Get the occasional newsletter that gives you access to behind the scenes, art updates, studio discounts and more.

(this is a spam-free zone)